Results in deaths and damage 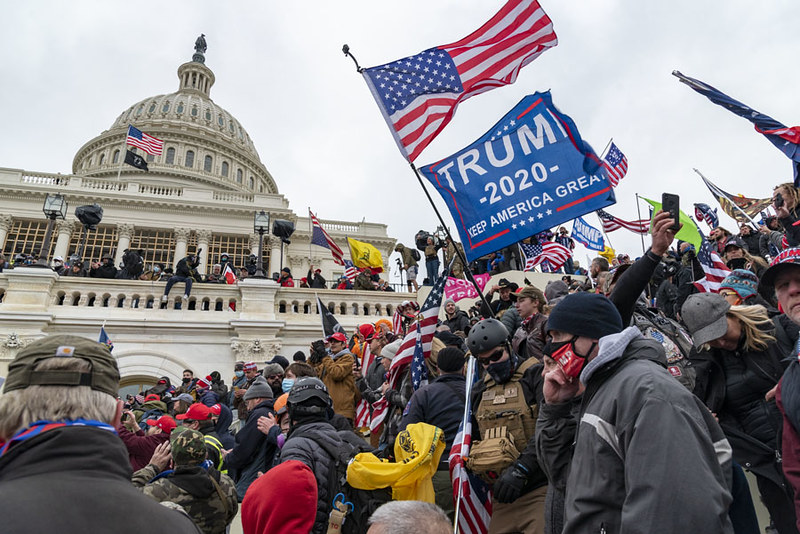 On Jan. 6., a mob of Trump supporters broke into the U.S. Capitol in protest of Congress certifying the presidential election. The riot resulted in a large amount of damage on the building and five deaths. An attack on America and democracy that former president, Donald Trump, was charged with inciting an insurrection.

The terrorist attempted to attack Congress in response to the results of the U.S. Presidential Election. The group wielded Trump hats, flags, etc., as they threatened the lives of the Congress members inside the building. Trump’s actions are to blame for the riot, as his accusations against the legitimacy of the election results spurred his supporters to attack the Capitol building. With a large part of his supporters strongly believing that the 2020 Presidential Election winner, Joe Biden, had rigged the election and that the results were fraudulent. Even though these claims are unsubstantiated.

The riot also led to the deaths of five people. Police had shot Ashli Babbitt, a Trump supporter and Air Force veteran who broke into the building. Babbitt was actively breaking in through a window of the US Capitol and had been warned extensively by police before they fired. Brian Sicknick was another of the five lives lost during the event. He was a police officer guarding the U.S. Capitol, who had been beaten with a fire extinguisher by terrorists and succumbed to his injuries at the hospital.

Some Trump supporters came armed, and multiple pipe bombs were found around the building. These people came with the intention to harm the Congress members inside. Videos show a rioter tearing down an American flag and attempting to replace it with a Trump flag.

On Feb. 13, after a four day long trial, the Senate officially voted to acquit Donald Trump of his charges with 57 senators voting guilty, and 43 voting not guilty. Which didn’t meet the required two-thirds of the senate in favor in order to officially convict the former president.