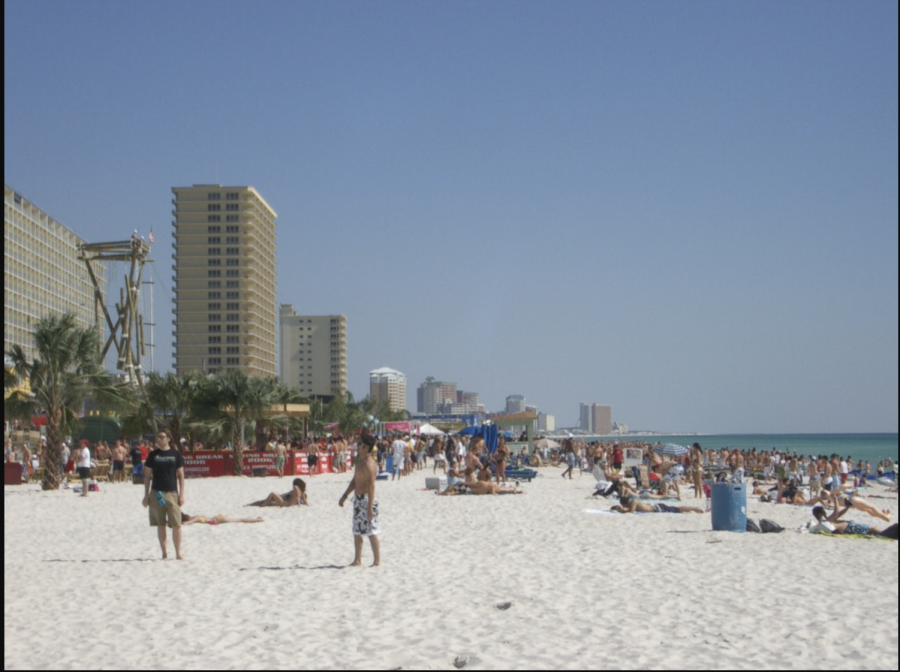 With spring break upon us, we all want to get together with friends and enjoy the week with fun activities.  With the global pandemic, however, it is important to understand that a lot of the things we enjoy doing during spring break may not exactly be possible.  That doesn’t mean spring break can’t still be fun; in fact, spending spring break while social distancing is full of opportunities.

One popular spring break tradition, especially for college students, is going to the beach and throwing parties.  A good alternative to this would be to bring the party to your own home, with guests participating through Zoom or Discord.  Not only would this be much safer than going somewhere like Florida, but also more hygienic and can leave more money in the budget for future parties.  Just make sure not to be too noisy or messy, lest someone decide to call the police for a “noise violation”.

If partying isn’t your cup of tea, there’s also the more casual traditions such as going to the movies, although going to the movies is gonna be more of a hassle.  Movie theaters, while being the ideal place to watch new movies, have unfortunately suffered during the pandemic.  With many films being delayed, canceled, or being released to streaming and Video on Demand, theaters have resorted to screening older films such as Beetlejuice, Shrek, Willy Wonka and the Chocolate Factory, and Home Alone.  Even before the pandemic, movie theaters have had a major hygiene problem, with children often throwing popcorn around or spilling their drinks.  As both a cost-effective and hygienic alternative, streaming platforms such as Netflix and Disney+ offer a large library of films to watch.

With Texas’s weather this time of year, especially in southern Texas, some folks like to take a nice trip to a water park such as Hurricane Harbor.  Others would rather go to the pool or lake.  All of these are extremely unsanitary, though, what with how crowded they can be at times.  As an alternative, folks with pools or who live near lakes or ponds can take a dip for free.  Those who are small enough can even use their own bathtub as a pool.

Grilling is also seen by many as a summer activity, but it does fit with spring break as well.  Those who don’t like going out to eat can always fire up the old grill and have their own little barbecue.  Those who don’t have a grill can always use their stovetop as a grilling space for barbecue foods such as burgers and hot dogs.

Speaking of cooking, anyone can cook if they possess the right amount of knowledge and skill in the art.  Even without a family cookbook, there’s still numerous guides and recipes online that can show the way.  Even if you just want to make something on the spot and don’t feel like using a guide, there’s a whole world of different recipes for a great number of delicacies.

While camping is often seen as more of a summer activity, spring break also offers the opportunity to get out of the house and spend some quality time out in the wilderness.  If leaving the house isn’t an option, there’s the option to camp indoors.  Instead of spending hours figuring out how to set up a tent, indoor campers can set up a simple blanket fort to sleep in.  Indoor camping provides the excitement of camping with modern luxuries such as internet and air conditioning, that way you don’t have to worry about boredom or being too cold, or any other dangers that might occur when out in the wilderness.

For those more astute, books have been around since spring break was first established in the 1930s.  Whether you like to soak up stories of adventure and fantasy or prefer informative non-fiction, books are a straight-forward yet timeless form of entertainment, though some may prefer audiobooks over the written word.

Prepare for the future

When most people celebrate spring break, they want to enjoy the moment and live in the now.  Not everyone has this mindset, however, as some use this extra time off to plan their future.  Some people look for colleges to apply to, while others study for big tests that they’ll take once they get back to school.  Some people might even be taking classes during spring break, either for college, VLA, or as make-up work.